The early days in a tiny house. Way back in the early 2000’s when the family bought the island we used it for regular camping trips. Based in Melbourne, we would fly to Tassie, hire a car, drive to Coles Bay and then try to organise a lift out there or hire a tinny.

A few times we found we got to Coles Bay and the weather was such that we could not get a boat. Clearly we needed to be self sufficient. So we bought a 3 metre zodiac and stored it in an old car we kept at the airport. Trying to keep it simple, I thought it best to rely on rowing rather than an outboard that could break down. It was only 800m after all. The first trip out in a fully laden boat in a headwind took over an hour. A little outboard arrived soon after.

These days you have the luxury of a jetty to pull into. Some hairy experiences we certainly had landing an inflatable boat on a rocky island. Proud to say we never put a hole in that little boat.

It was a pretty rugged experience but we loved it. Nothing like the anticipation of wondering if you are going to arrive wet, dry or at all!

Over time I knocked up a basic shack (using just hand tools) with a triple decker stackable child system, a futon for the parents and everything squeezed into a 2.4×2.4m flooplate (the original “tiny house” before the “movement” began). This little shack was located where the kitchen is now. Before we started the build, we used a car winch to drag the shack down the hill out of the way. It was used as a site shed on the rocks and sadly was demolished when we had finished building. It served its purpose well and confirmed for me that my enthusiasm for building was not matched by my skill level. 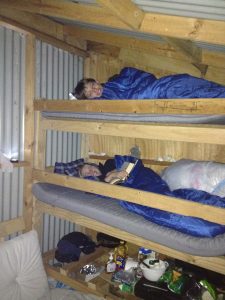 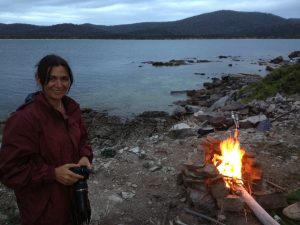 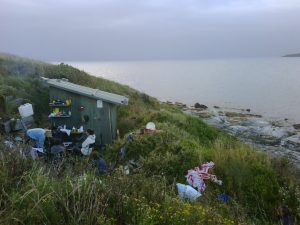 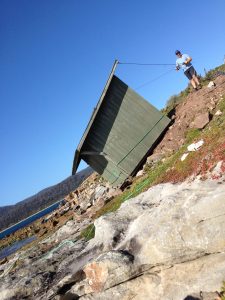